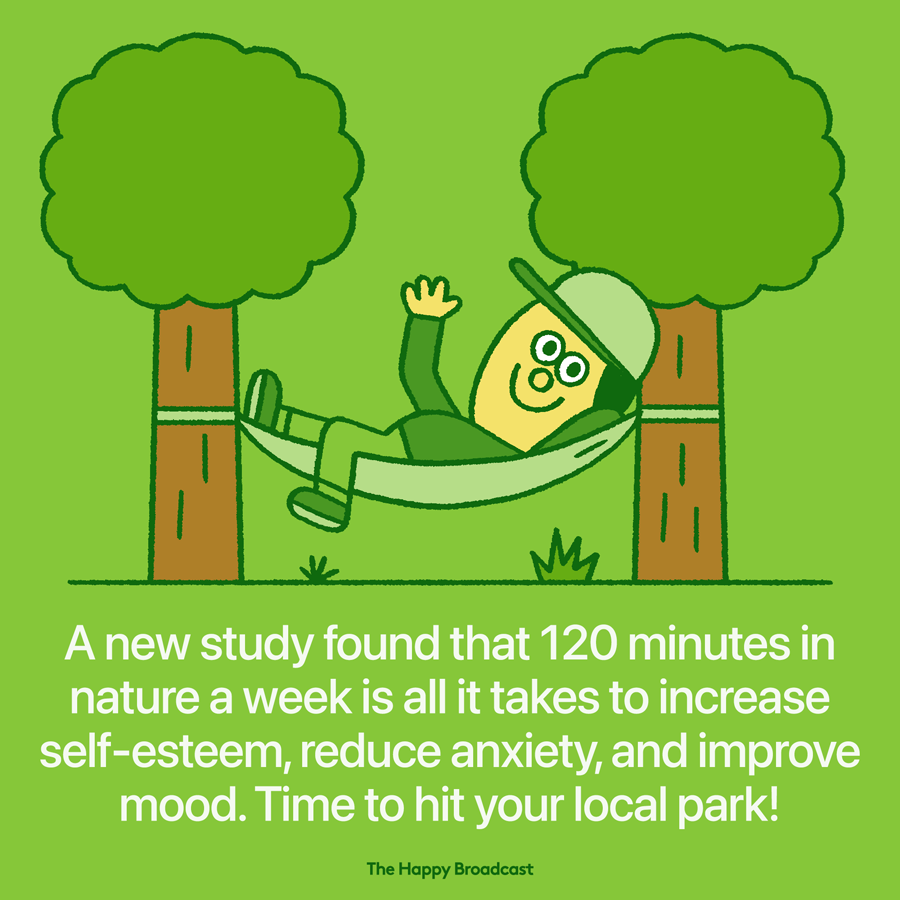 In a study of 20,000 people, a team led by Mathew White of the European Centre for Environment & Human Health at the University of Exeter, found that people who spent 120 minutes a week in green spaces — local parks or other natural environments, either all at once or spaced over several visits — were substantially more likely to report good health and psychological well-being than those who don’t.

Two hours was a hard boundary: The study, published last June, showed there were no benefits for people who didn’t meet that threshold.

The effects were robust, cutting across different occupations, ethnic groups, people from rich and poor areas, and people with chronic illnesses and disabilities.

These studies have shown that time in nature — as long as people feel safe — is an antidote for stress: It can lower blood pressure and stress hormone levels, reduce nervous system arousal, enhance immune system function, increase self-esteem, reduce anxiety, and improve mood.

The growing body of research — combined with an intuitive understanding that nature is vital and increased concerns about the exploding use of smart phones and other forms of technology — has led to tipping point at which health experts, researchers, and government officials are now proposing widespread changes aimed at bringing nature into people’s everyday lives.