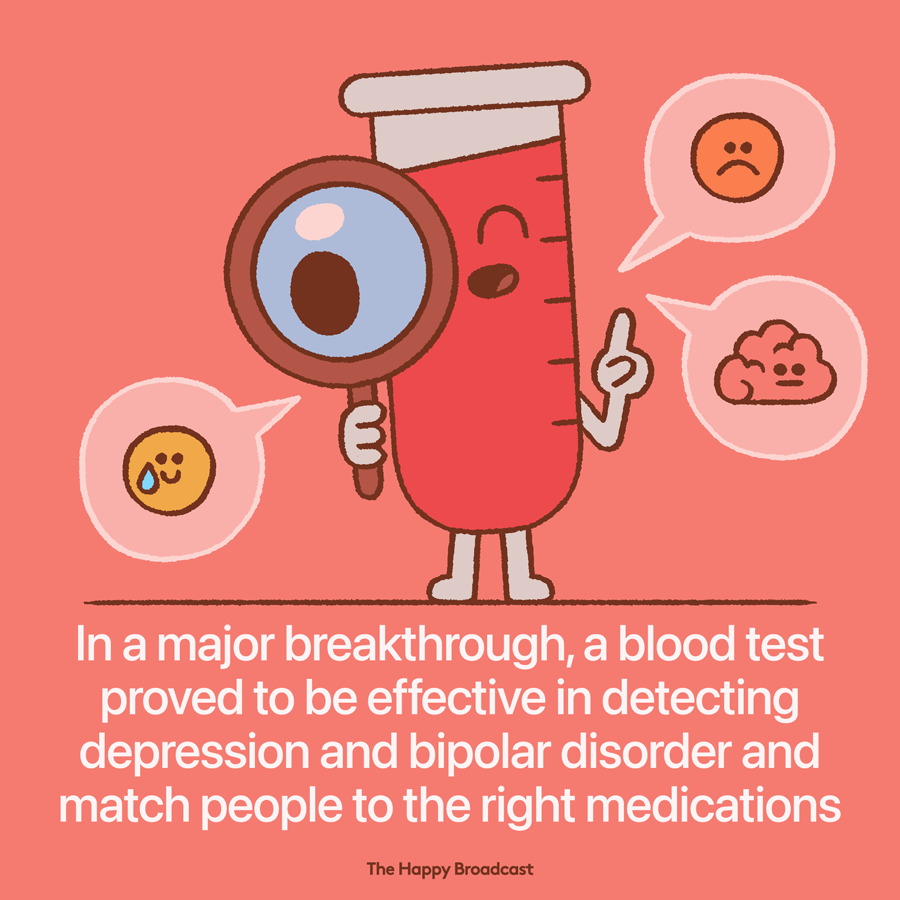 In a major breakthrough, a blood test using RNA markers is offering new hope to people with depression. The blood test was lanched by a team of researchers from Indiana University School of Medicine in the US.

“Our study shows that it is possible to have a blood test for depression and bipolar disorder, that have clinical utility, can distinguish between the two, and match people to the right medications,” said psychiatrist and geneticist Dr Alexander Niculescu, who led the research.

“This avoids years of trials and error, hospitalisations, and side-effects. As these are very common disorders, we think we can do a lot of good with this and other tests and apps we have developed,” he added.

The researchers studied the biological basis of mood disorders and succeeded in developing a tool which can help in distinguishing the type of mood disorder, including depression or bipolar disorder.

When you’re stressed or depressed, there are psycho-neurological mechanisms, hormones and other things that are released that affect your blood and your immune system.

“Depending on which of those biomarkers are changed in a patient, we have a list of medications … ranked by how tightly they match the patient’s biological profile,” Dr Niculescu said.