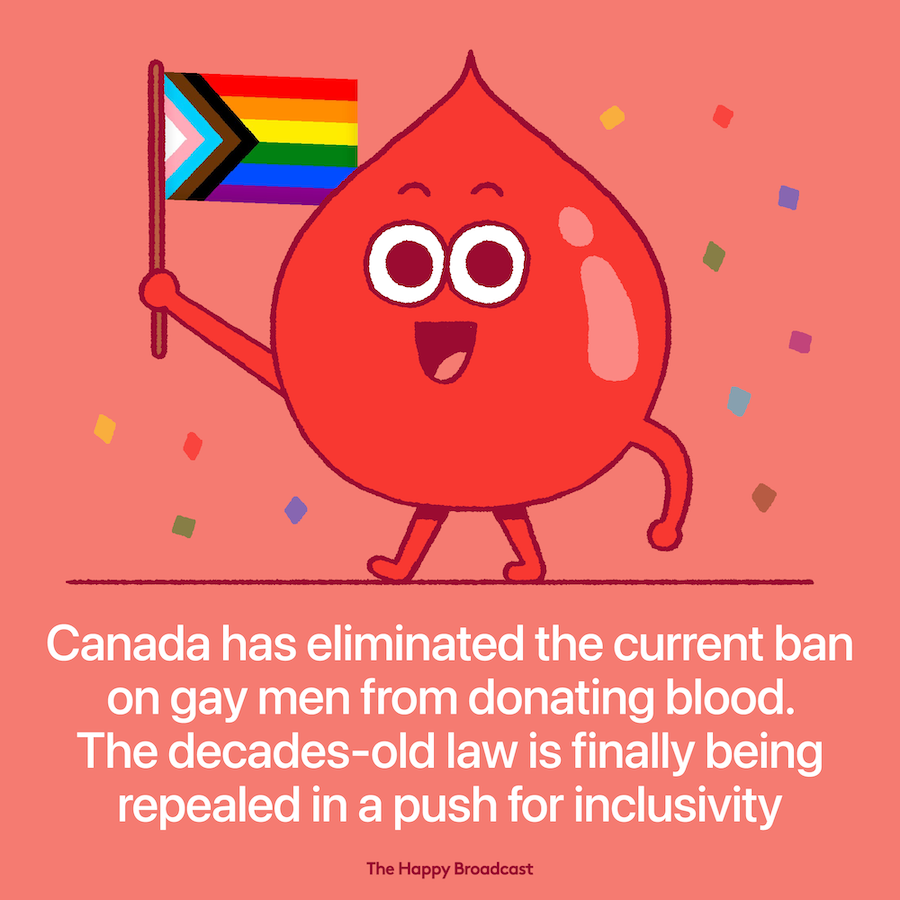 The policy began in 1992 as an outright ban on gay men donating blood following a blood scandal where some 2,000 people were infected with HIV.

Many countries instituted similar donation bans during the Aids epidemic of the 1980s. Experts have found that the bans had little effect, since blood is now systematically screened in advance for viruses such as HIV and Hepatitis B and C.

Health Canadalifted restrictions on gay men donating blood, a move Prime Minister Justin Trudeau said was “good news for all Canadians” but had taken too long.

As of 30 September, prospective donors will not be asked about their sexual orientation during the screening process but instead about whether they engage in any higher-risk sexual behaviours.