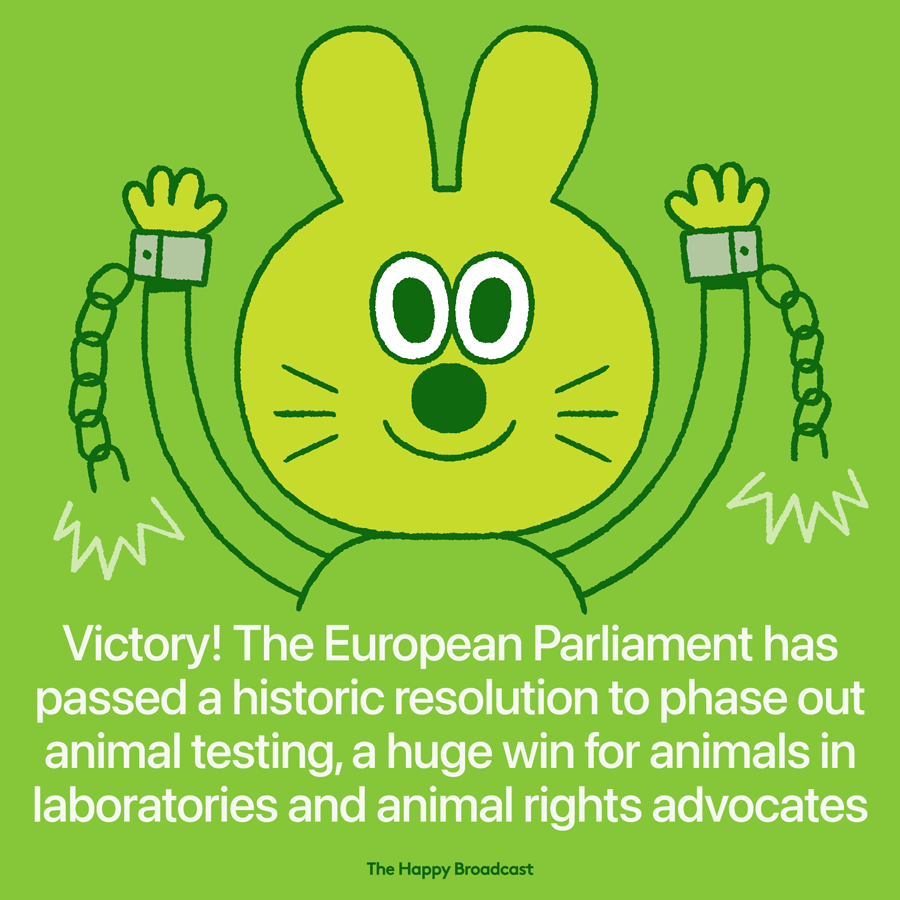 The European Parliament voted overwhelmingly in favor of a resolution that calls on the European Commission to draw-up an action plan to phase out animal experiments. This is a momentous political victory in a region where recent setbacks have occurred for animals in laboratories.

Troy Seidle, Humane Society International’s vice president for research and toxicology, said, “This vote signals the need for systemic change in the EU’s approach to safety science and health research. With Parliament embracing a historic opportunity to take animal suffering out of the equation and shift the focus to modern, human-relevant technologies.”

This is a historic, precedent-setting vote! It means that the European Parliament wants the European Commission to actively phase out the use of animals for all scientific purposes.

The resolution is a strong statement that covers all animal use for research, testing and education, a sobering reminder of the nearly 10 million animals used annually in European laboratories. Nearly 70% of these animals are used in biomedical research, an area where, according to statistics, little to no reduction has been achieved despite a 35-year-old legal requirement that animals must not be used where alternatives are available.

Recognizing that science has evolved, the Parliament is calling for deep, systemic changes, noting that phasing out animal experiments will require “preferential funding of non-animal methods across all EU research and innovation initiatives,” training scientists in novel approaches and supporting start-up companies offering and perfecting these methods.