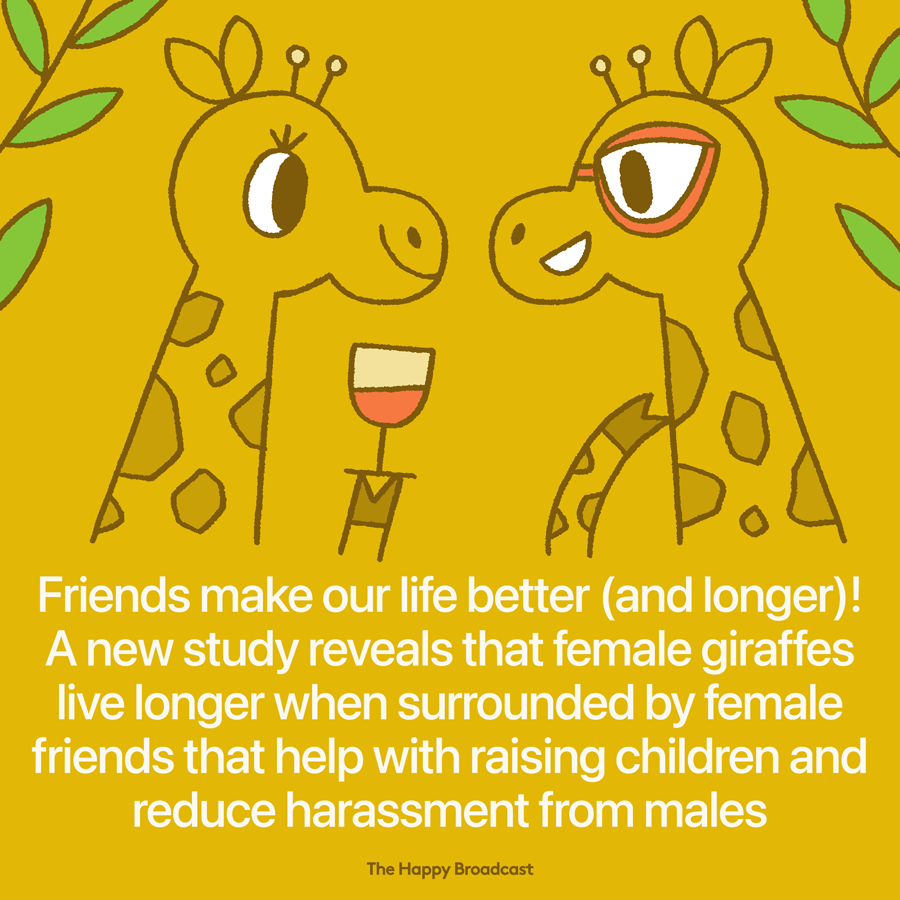 A giraffe's life is a hard one, crowded by humans, stressed by habitat fragmentation and threatened by poaching. But for females, friends could make it better and longer, a recent study finds.

Researchers have spent a decade studying the Masai giraffe of Tanzania, the largest subspecies of giraffe and the tallest land animal on Earth.

Female giraffes in Tanzania live longer if they spend time with large groups of other females, according to this study from the University of Zurich in Switzerland.

That sociability has a bigger impact on their survival rate than access to food, human presence and other factors. Females are able to share information about the best food sources and co-operate in caring for their calves.

But female giraffes seek companions for more than just insight on the best food spots and local knowledge. The researchers found that when female giraffes formed close bonds with other females, they were able to manage their stress levels, often raised by harassment from male giraffes.