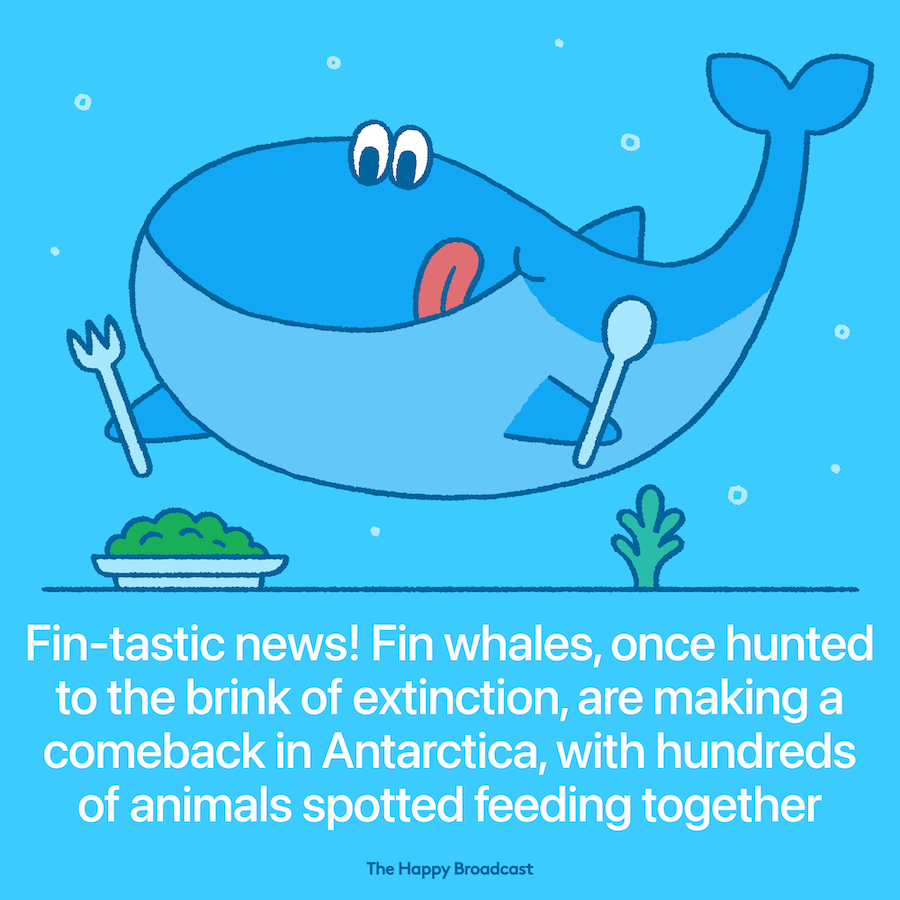 Fin whales (Balaenoptera physalus quoyi) of the Southern Hemisphere were brought to near extinction by twentieth century industrial whaling. For decades, they had all but disappeared from previously highly frequented feeding grounds in Antarctic waters.

'I'd never seen so many whales in one place before and was absolutely fascinated watching these massive groups feed,' said Professor Bettina Meyer, a biologist at the Alfred Wegener Institute and co-author of the study.

This came as something of a surprise to the researchers, who had previously only observed fin whales feeding in a group of maximum 13 individuals. While now a group of 150 whales was spotted feeding together near Elephant Island.

Recovery of a large whale population has the potential to augment primary productivity at their feeding grounds through the effects of nutrient recycling, known as 'the whale pump'.

The recovery of fin whales in that area could thus restore ecosystem functions crucial for atmospheric carbon regulation in the world's most important ocean region for the uptake of anthropogenic CO2.