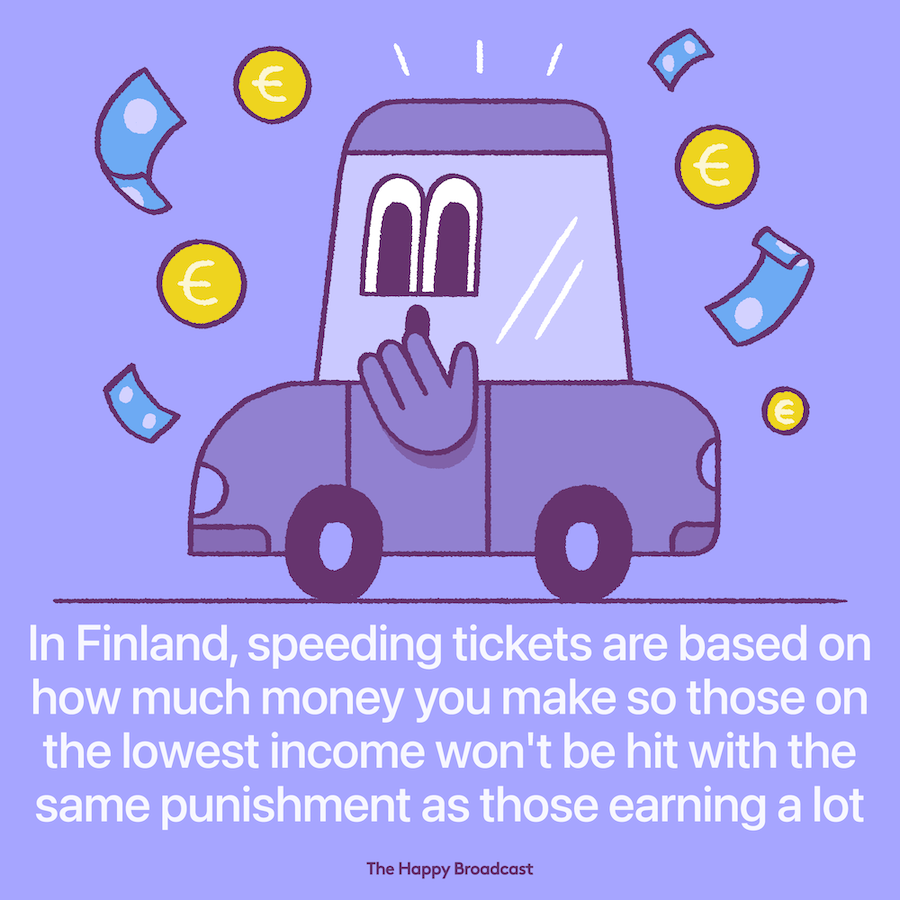 In Finland, speeding fines are linked to salary. The Finns run a “day fine” system that is calculated on the basis of an offender’s daily disposable income – generally their daily salary divided by two.

The more a driver is over the speed limit, the greater the number of day fines they will receive.

This has led to headline-grabbing fines when wealthy drivers have been caught driving very fast.

Finland isn’t the only country to apply so-called “progressive punishment” to speeding fines.