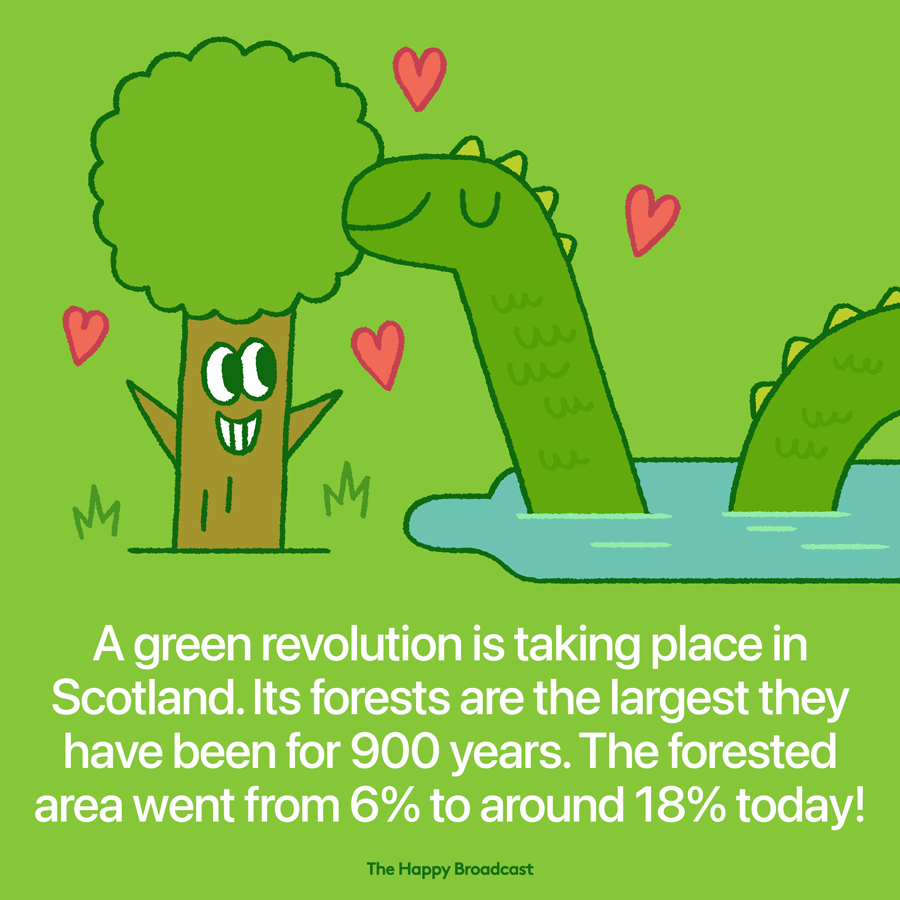 Scotland’s forests are expanding at breakneck speed: the share of Scotland that is forested has increased from just under 6 per cent a century ago, to around 18 per cent today. The country now has nearly as much forest as it did 1,000 years ago, according to data from researchers at Our World in Data.

Forests first colonised the country some 11,000 years ago, after the last ice age retreated. By the Roman invasion of England 2,000 years ago, around half of Scotland’s forests were already lost, largely as a result of deforestation.

The Scottish government has a target for 21 per cent forest cover by 2032. The rewilding and climate movements mean that reforestation is now wildly popular: some 80 per cent of Scottish people supported the reforestation of the Highlands in a 2021 survey.