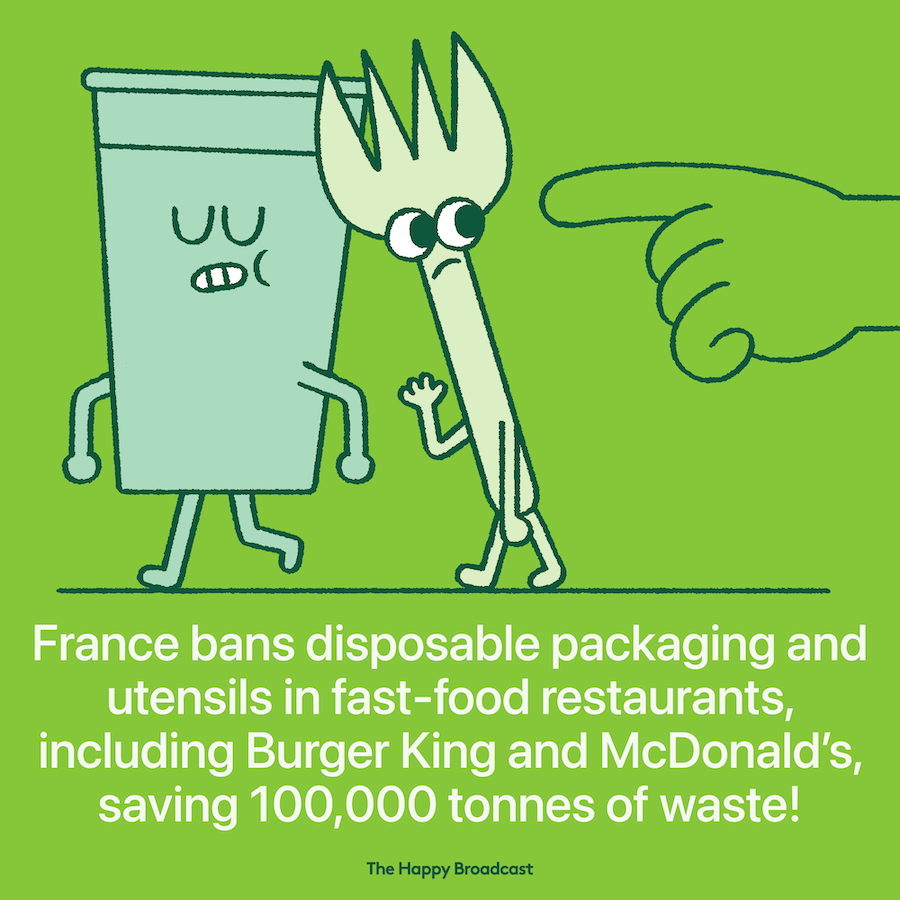 Fast-food chains in France are preparing for one of the biggest changes to their restaurants in decades as the government bans disposable plates, cups and tableware for anyone eating or drinking on-site.

Chains such as McDonald’s, Burger King, Starbucks and Subway are facing what environmentalists have called a “revolution” on 1 January as pioneering new measures come into force in France to combat waste.

Under the new rules, any restaurant with more than 20 seats – including work canteens, bakery chains, fast-food and sushi outlets – will have to provide reusable, washable cups, plates, dishes and cutlery for customers eating in. French environmental groups called it a “complete paradigm shift” for the sector.

The roughly 30,000 fast-food outlets in France serve 6bn meals a year, generating an estimated 180,000 tonnes of waste. Environmental groups said 55% of that was generated by people eating in.

The new law means eat-in burgers and sandwiches can no longer be served in a box but they can continue to be wrapped in paper. All other food – including chips, nuggets, pizzas, ice-creams or cakes – must be served on reusable tableware, and drinks in re-usable cups, washed at 60C as in traditional restaurants.