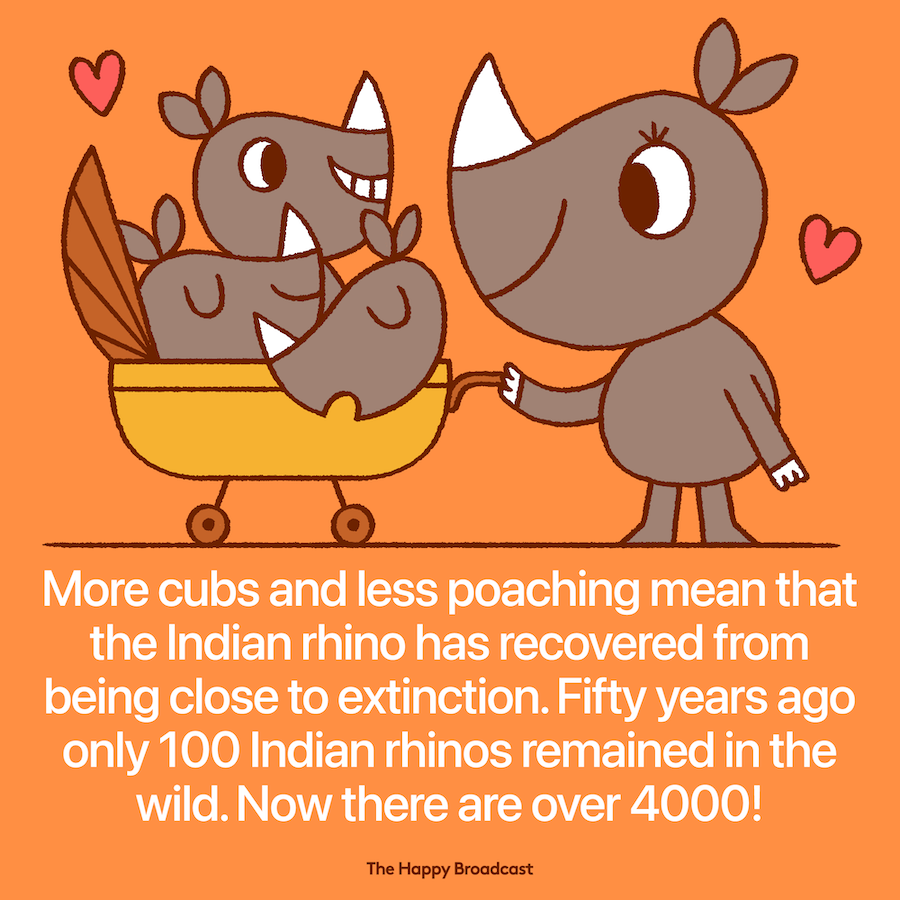 The government of Assam, the province in India that is home to 70% of the world’s greater one-horned rhino population, just completed its biannual rhino census.

The greater one-horned population has increased by 274 rhinos since the last count – helped by a baby boom during the pandemic when many protected areas were closed to visitors. For a species that was once perilously close to extinction, numbering fewer than 100 individuals, this recovery is truly remarkable.

The greater one-horned rhino population is growing because the governments of India and Nepal have given rhinos the space they need to breed while also preventing poaching deaths. Last year, only 1 rhino was poached in the state of Assam – the lowest rate in over two decades!