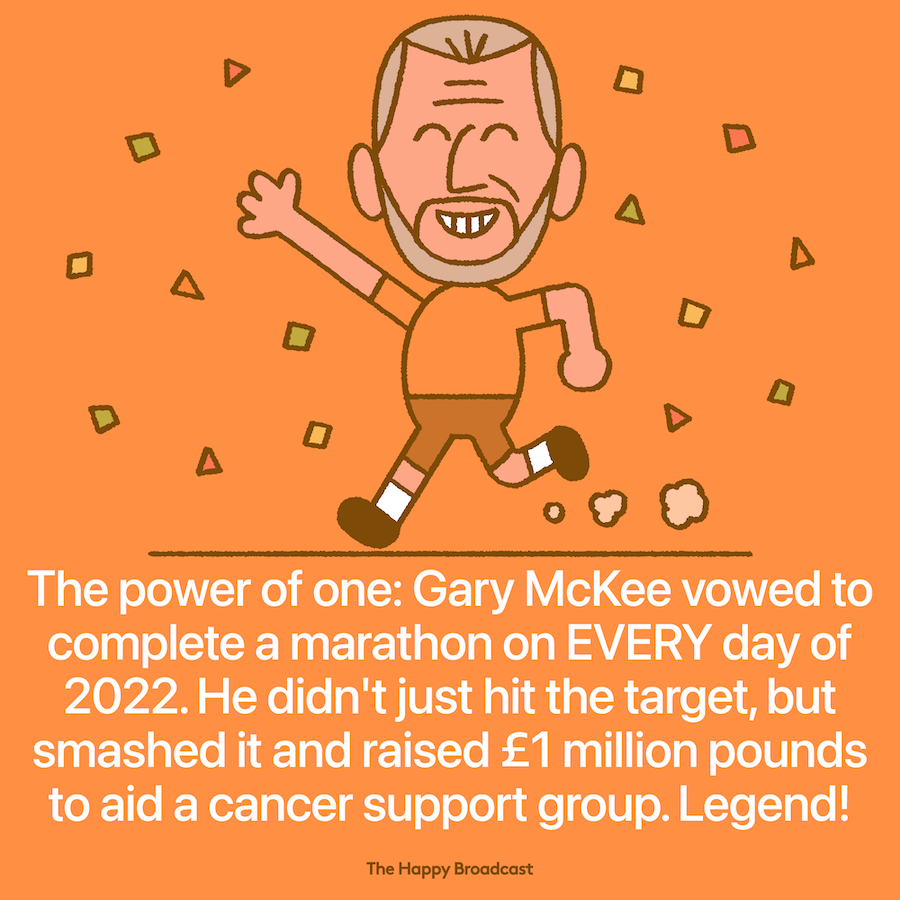 365 marathons in a year? Meet the amazing Gary McKee

He has completed his mission of running a marathon every day of 2022, and surpassed his target of raising £1m for charity.

Gary McKee, 53, from Cleator Moor in Cumbria, North West England, raised his arms in victory and was cheered by a crowd of supporters as he completed his 365th marathon of the year on New Year’s Eve.

He has raised more than £1m for the charities Macmillan Cancer Support and Hospice at Home West Cumbria.

The father of three has gone through 22 pairs of trainers and has run 9,563 miles in rain, snow and sunshine to raise money for the charities.

McKee has been raising money for Macmillan Cancer Support for two decades, a mission he traces back to his father Victor’s cancer diagnosis in 1997.