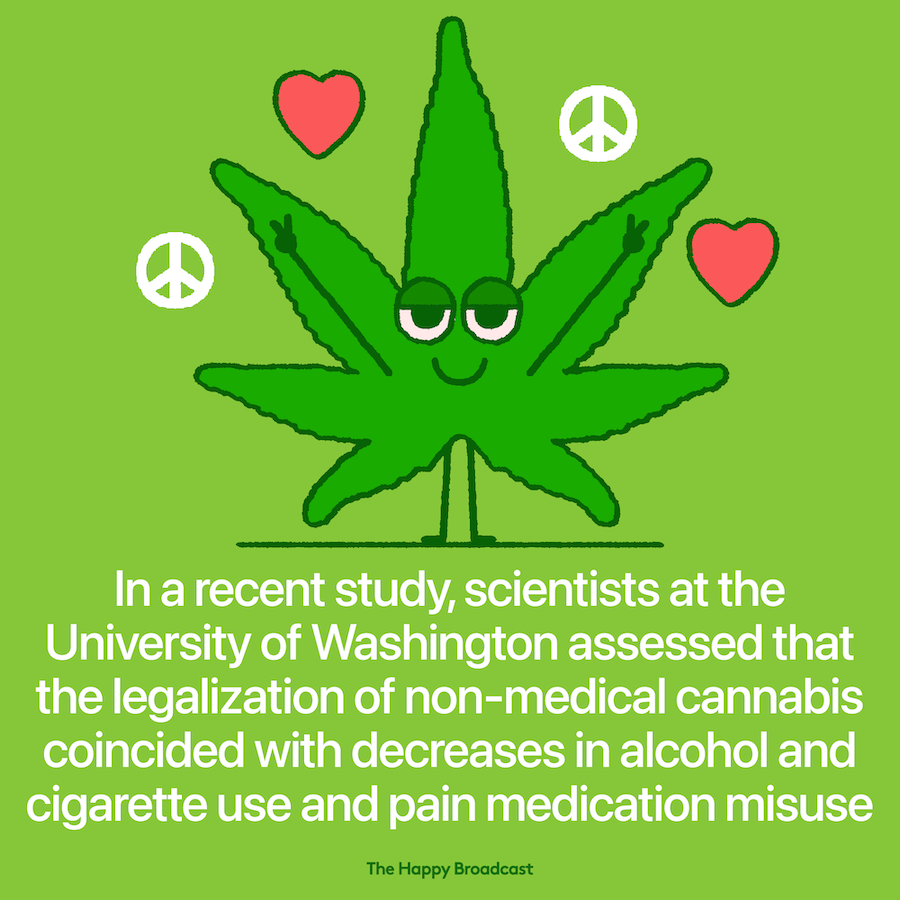 Marijuana used to be legal for most of human history until the early 20th century. In the U.S., cannabis was made illegal across the country once the Marijuana Tax Act of 1937 was adopted by Congress. To this day cannabis is illegal at the federal level, but most U.S. states have legalized the use and sale of medical marijuana, and around half of these states went all the way and legalized recreational use.

In a recent study, scientists at the University of Washington assessed the trends in the use of alcohol, nicotine, and non-prescription pain medication in Washington State following cannabis legalization. The study involved 12,500 young adults between the ages of 18 and 25.

According to the results, the prevalence of alcohol use within the past month, heavy episodic drinking, cigarette use, and past-year pain reliever misuse decreased.

The notion that marijuana can help people drink less is supported by other research. A 2021 study involving nearly 100 individuals undergoing alcohol treatment found using cannabis helped the patients consume 30% fewer drinks. And in 2019, researchers found that states that have legalized marijuana have experienced a decrease in opioid prescriptions as a result.

While the notion that marijuana is a ‘gateway’ drug to the use of other, potentially more dangerous controlled substances like opium and cocaine has been thoroughly debunked by many studies, many feared that legalization would cause an uptick in the use of other drugs. But, if anything, the reverse seems to be true.