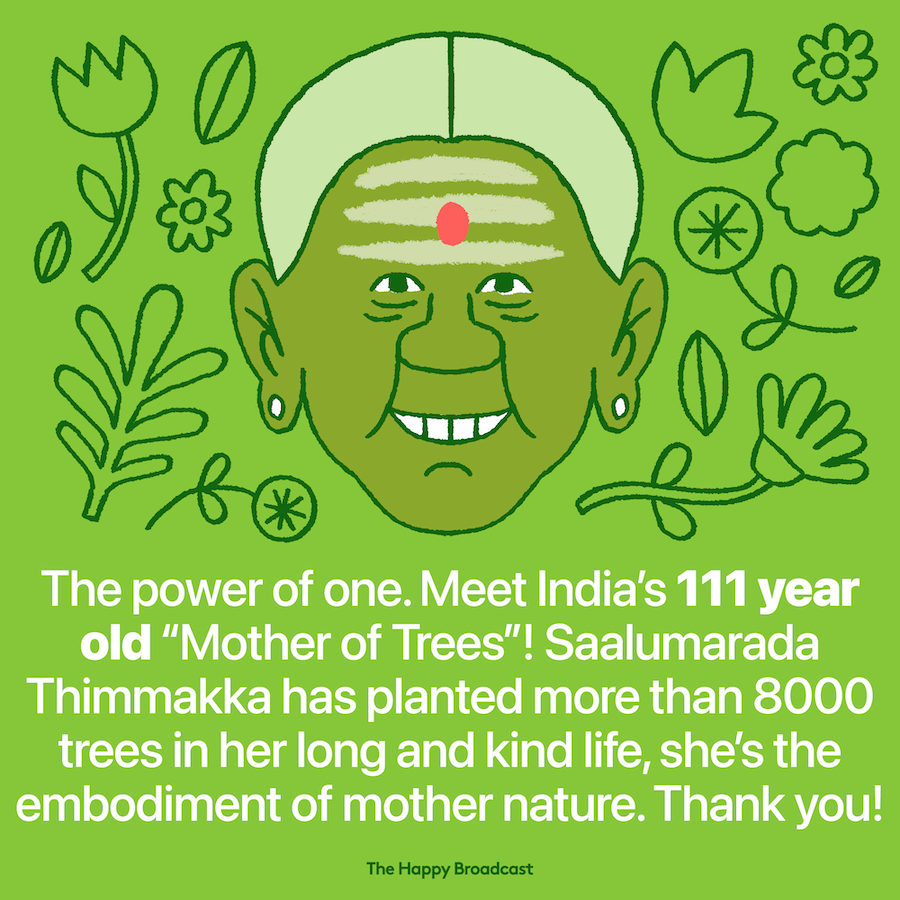 At the age of 40, she wanted to end her life as she could not conceive. She started planting banyan trees along with her husband and found a purpose in it. That’s how the story of the Indian ‘Mother of Trees’ has started.

Both Thimmakka and her husband started with 10 banyan saplings on either side of the road along a stretch of 4 km in the first year. They took care of the plants just like their children.

Thimmakka and her husband used to carry four pails of water for a distance of 4 km to water the saplings. They used whatever little resources they had to plant trees.

Every year, the count of these trees kept increasing. Till date, there have been more than 8000 other trees grown by her and her husband. Growing banyan trees was challenging in a place that was relatively dry.

Although Thimmakka did not receive a formal education, her work has been honored with the National Citizen’s Award of India. She has been recognized by the Government of India and was recently conferred with the Padma Shri award in 2019, which is the highest civilian award in the Republic of India.