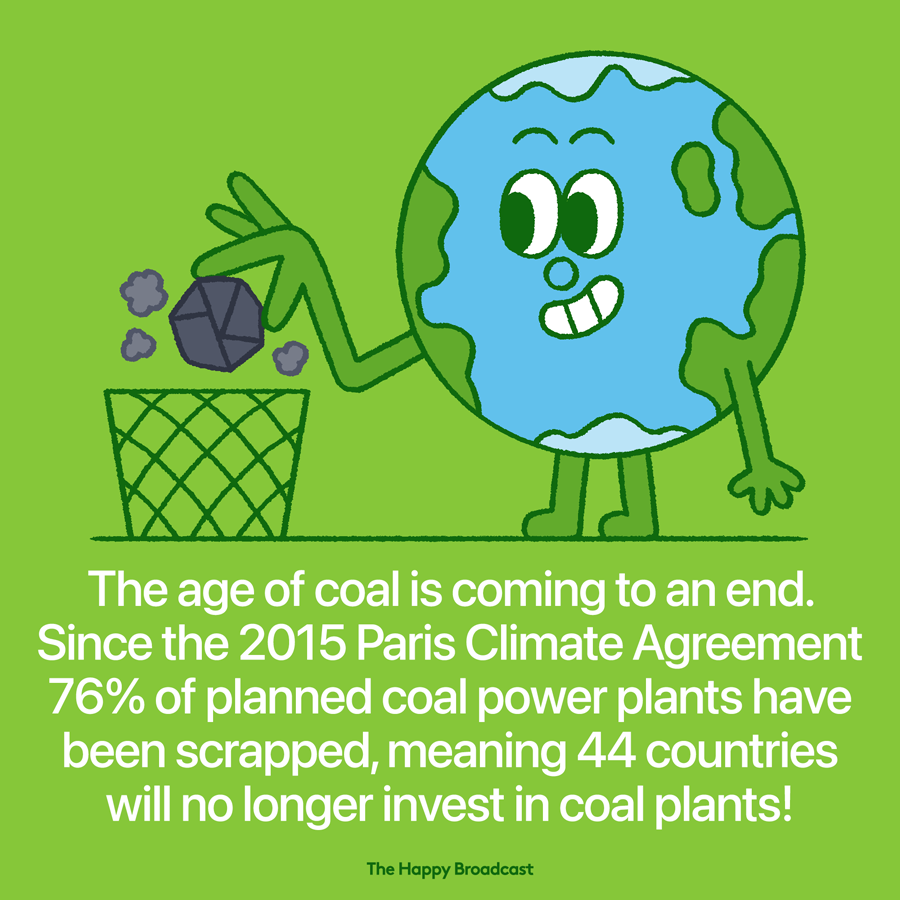 The global pipeline of new coal power plants has collapsed since the 2015 Paris climate agreement, according to research that suggests the end of the polluting energy source is in sight.

The report found that more than three-quarters of the world’s planned plants have been scrapped since the climate deal was signed, meaning 44 countries no longer have any future coal power plans. Those countries now have the opportunity to join the 40 countries that have already signed up to a “no new coal” commitment to help tackle global carbon emissions.

“Only five years ago, there were so many new coal power plants planned to be built, but most of these have now been either officially halted, or are paused and unlikely to ever be built,” said Dave Jones, from Ember (a climate group behind the report).

The report found that if China, which is responsible for more than half of the world’s coal plant plans, opted to scrap the projects, alongside India, Vietnam, Indonesia, Turkey and Bangladesh, then the number of coal power plants in the pipeline would shrink by almost 90%.

This is an amazing step towards the end of dependence on coal. The collapse of the global coal pipeline and the rise of commitments to ‘no new coal’ have been progressing hand-in-hand over recent years. Over the past two years alone, countries as diverse as Sri Lanka, Malaysia, Egypt, Pakistan, Philippines, North Macedonia and Montenegro have all made commitments and actions that put them on a pathway to no new coal.

Now we just need to stop the remaining one-quarter being built and shut down the 6,000 or so plants already operating.