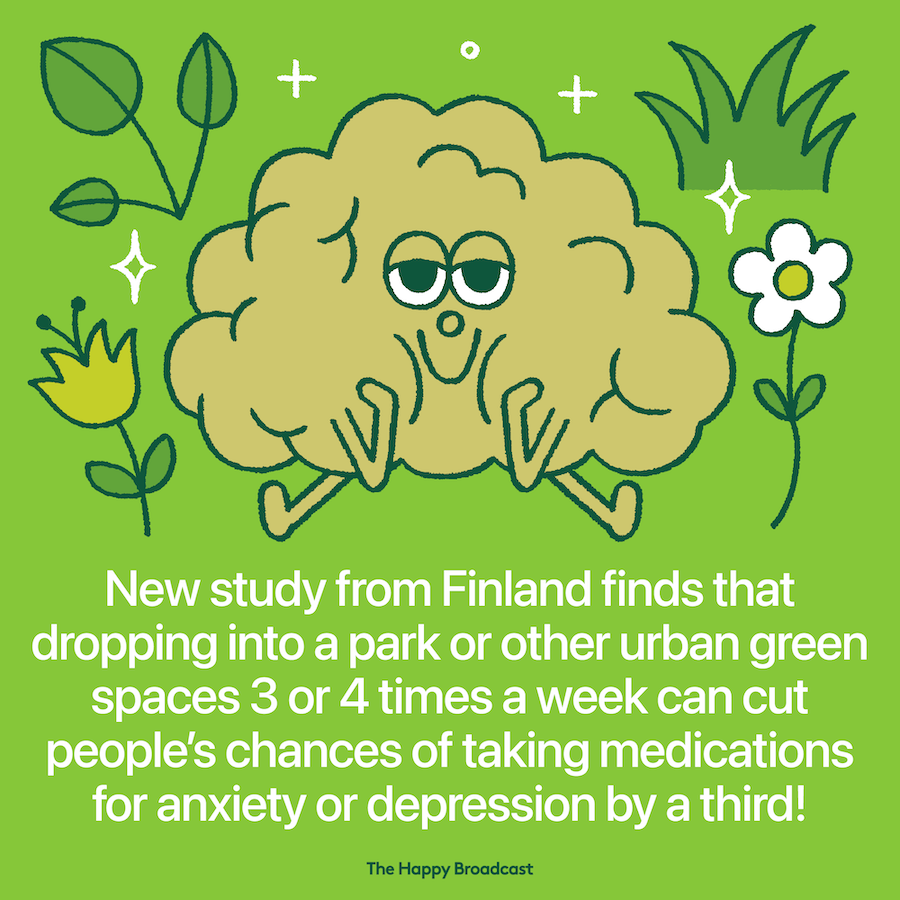 Dropping into a park, community garden or other urban green space between three and four times a week can cut people’s chances of taking medication for anxiety or depression by a third.

The positive impact - documented by researchers at the Finnish Institute for Health and Welfare - also extends to physical health.

The respondents were quizzed on how often they visited green spaces - including not just forests and parks, but wetlands, cemeteries and ‘blue areas’ like lakes.

Researchers also collected information from respondents on how many prescription drugs they took. This was used as a general indication of mental and physical health.