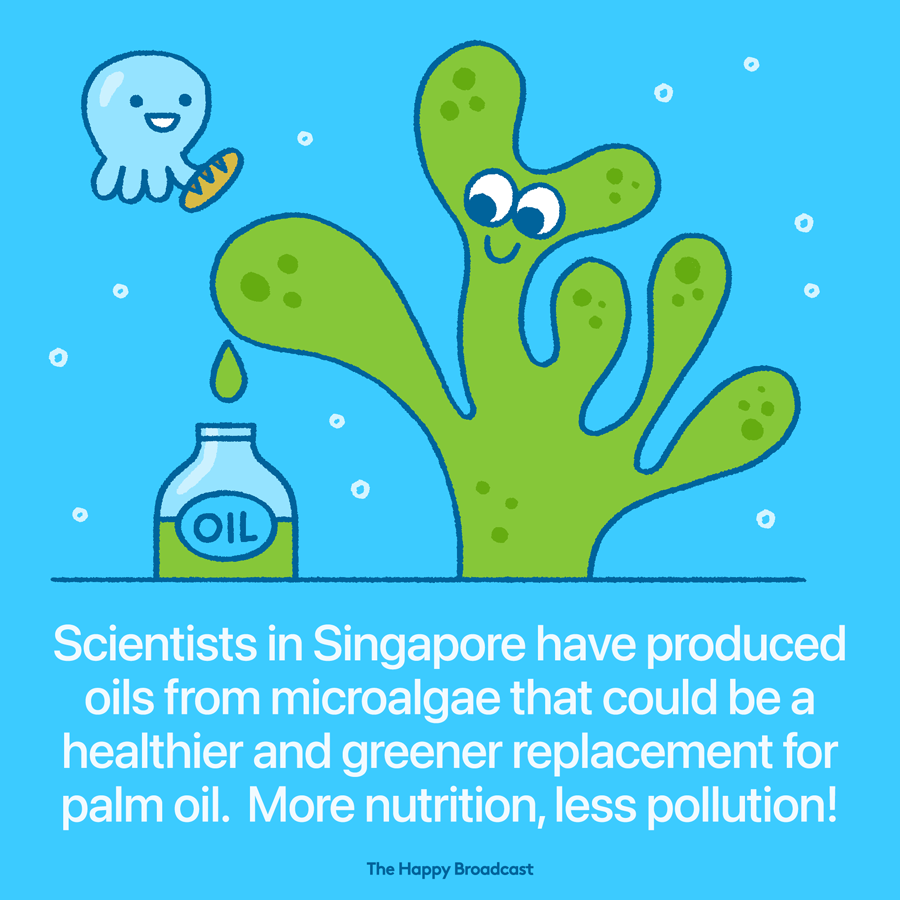 As the oils produced from the microalgae are edible and have superior properties to those found in palm oil, the newly discovered method would serve as a healthier and greener alternative to palm oil, according to the research study published in Journal of Applied Phycology.

Compared to palm oil, the oil derived from the microalgae contains more polyunsaturated fatty acids, which can help reduce ‘bad’ cholesterol levels in blood and lower a person’s risk of heart disease and stroke, the study states.

Besides serving as a greener alternative to cultivating palm trees for plant-based oils or fat, the NTU-developed technique also has the potential to help cut down on greenhouse gas emissions as well as food waste.