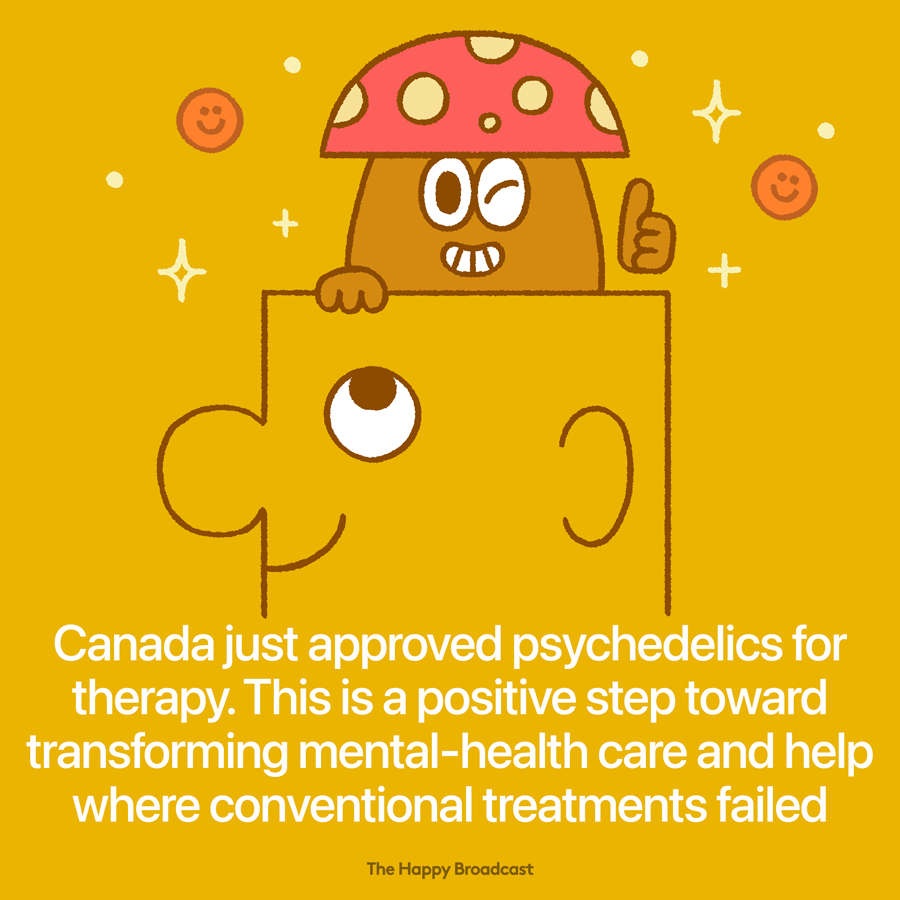 Health care advocates are calling it a major breakthrough in treating serious or life-threatening conditions. Health Canada has given the green light for psychedelic drugs such as MDMA and magic mushrooms to be used for medical purposes.

Patients suffering from life-threatening mental illnesses can now be treated with MDMA and psychedelic drug psilocybin.

The active psychedelic chemical found in some mushrooms, psilocybin, has been trialled and tested for years and has now been approved for use "beyond palliative care" in Canada, where it was previously only allowed in "palliative circumstances."

Patients suffering from mental illnesses will now be able to access both drugs through the Special Access Program which gives help to those where therapy is otherwise unsuitable or hasn’t worked.

Edmonton-based psychologist Brian Welling calls the approach “revolutionary.” “This is the greatest leap forward in mental-health care since the invention of psychotherapy,” he said.