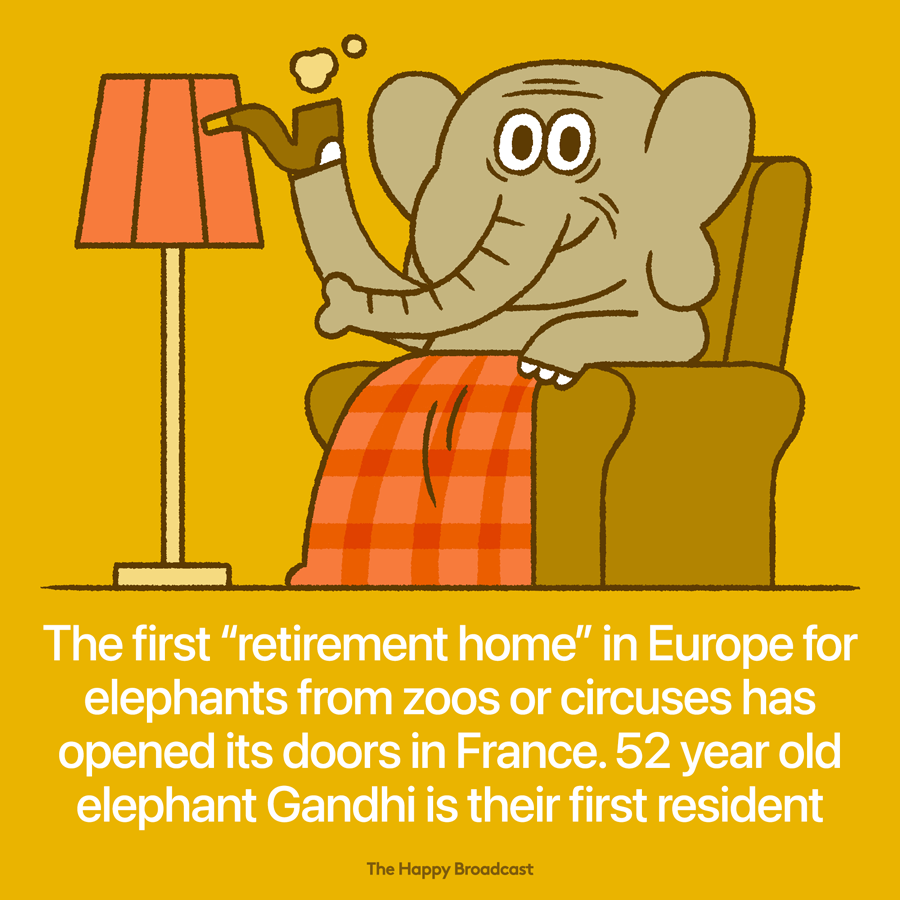 The 1,300 inhabitants of Bussière-Galant, France, recently got an a new and unusual neighbour - a four-legged elephant called Gandhi. The 52-year-old female Asian elephant is the first resident of a unique sanctuary for circus and zoo elephants.

Sofie Goetghebeur and Tony Verhulst created the sanctuary, called Elephant Haven, in response to a ban on employing wild animals in circuses. The ban is currently in place in 23 European countries and will soon be adopted in France.

Gandhi is thought to be from Thailand and was born in the wild. She was transported to the park of Givskud, Denmark in 1973 and entrusted to the former zoo of Pont-Scorff (currently Les Terres de Nataé) in 1998.

The sanctuary is authorised to house three female elephants in its current state, but there are plans to expand it. The couple ultimately intends to collect six or seven elephants and help them live the remainder of their lives in peace.