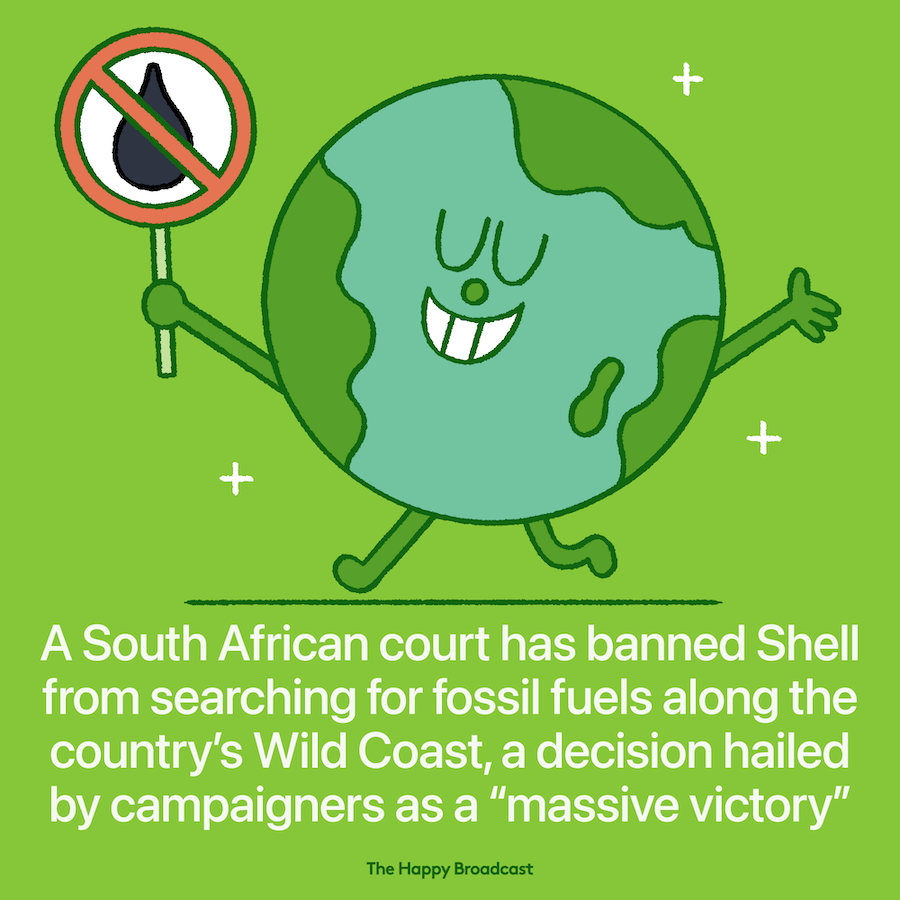 Winning means a sustainable life on this planet! This decision affirms the value of nature, and protects communities and their resources for future generations.

Last year, petroleum giant Shell announced that it would start searching for oil and gas reserves off the nation’s eastern coast. The government had granted the company exploration rights in 2014, renewing them in 2021.

Under the ruling, Shell could conduct underwater explosions to locate deep-sea oil and gas reserves.

But the plans met with fierce opposition on the ground, and activists took the matter to court. The Eastern Cape high court revoked Shell’s exploration rights, ruling that they were granted illegally.

Sustaining the Wild Coast - one of the organisations that took the case to court - described the victory as “for the good of everyone.”