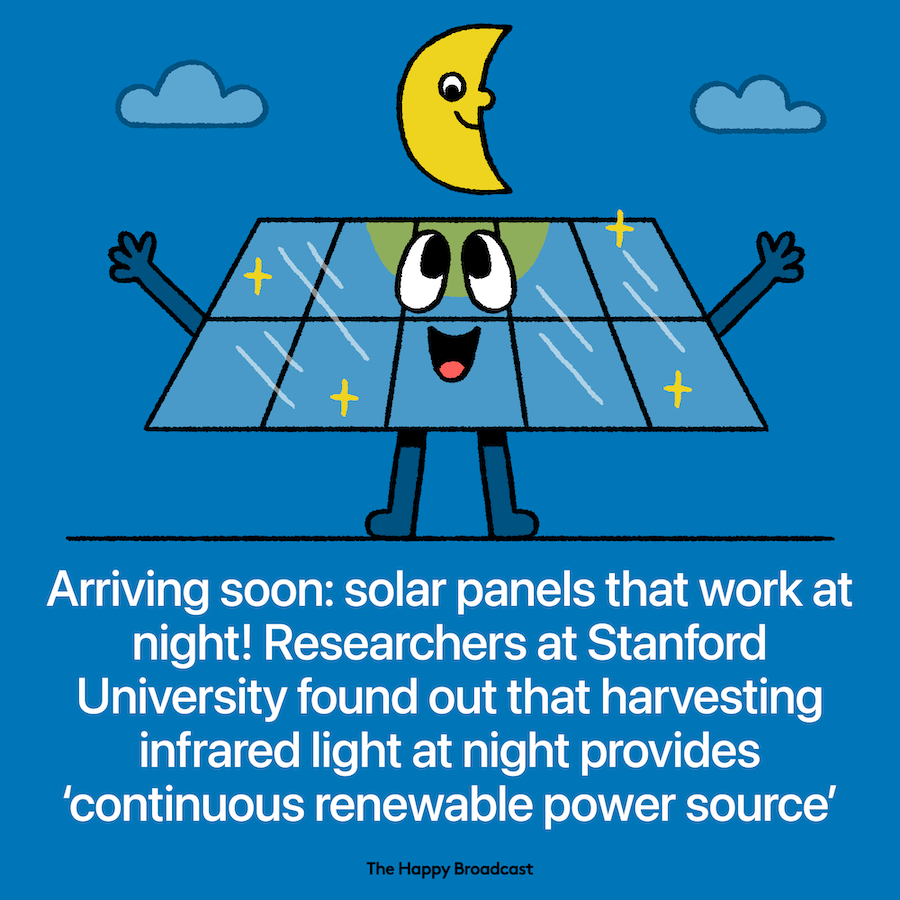 It likely goes without saying, but of all the energy solar panels generated last year, none of it was produced at night. New research is showing that doesn't have to be the case.

Researchers at Stanford modified commercially available solar panels to generate a small amount of electricity at night by exploiting a process known as radiative cooling, which relies on, no lie, the frigid vacuum of space.

When an object is facing the sky at night, it radiates heat out to outer space, which means that an object can become cooler than the air temperature around it. This effect could have obvious applications in cooling buildings, but the difference in temperature can also be used to generate electricity.

While the modified panels generate a tiny amount of energy compared with what a modern solar panel does during the day, that energy could still be useful, especially at night when energy demand is much lower, the researchers said.