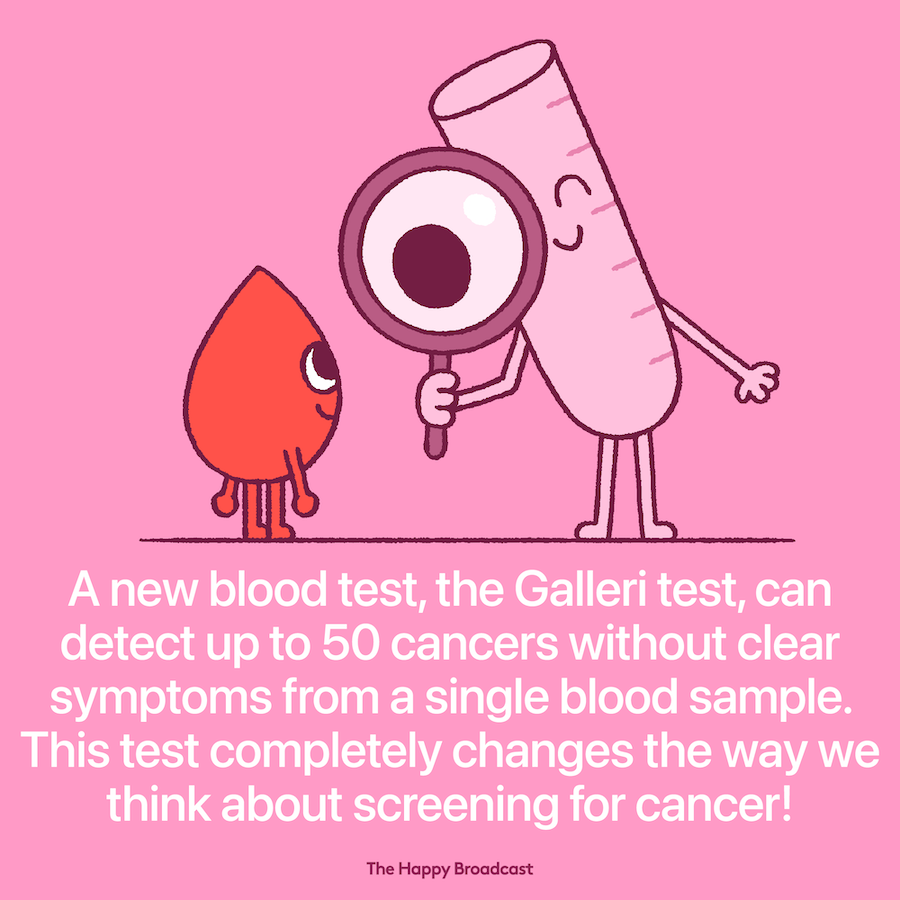 Seventy-one percent of cancer deaths are caused by cancers not commonly screened. When cancers are diagnosed early before they have had a chance to spread, the overall five-year survival rate is four times higher than when diagnosed in later stages.

A single blood test that can screen for more than 50 cancers seems to work fairly well in the real world, a preliminary study reveals.

The Galleri test detects a cancer signal shared by more than 50 types of cancer through a simple blood draw.

The test has a 0.5% false positive rate, which means it is highly accurate. If you look at the 12 cancers that account for two-thirds of all cancer deaths in the U.S., this test finds 67% of them. The NHS system in England is doing a large-scale study to save billions by finding cancers and treating them in the early stages.

Experts called the findings an "important first step" in seeing how the so-called multi-cancer early detection test could fit into real-world care.