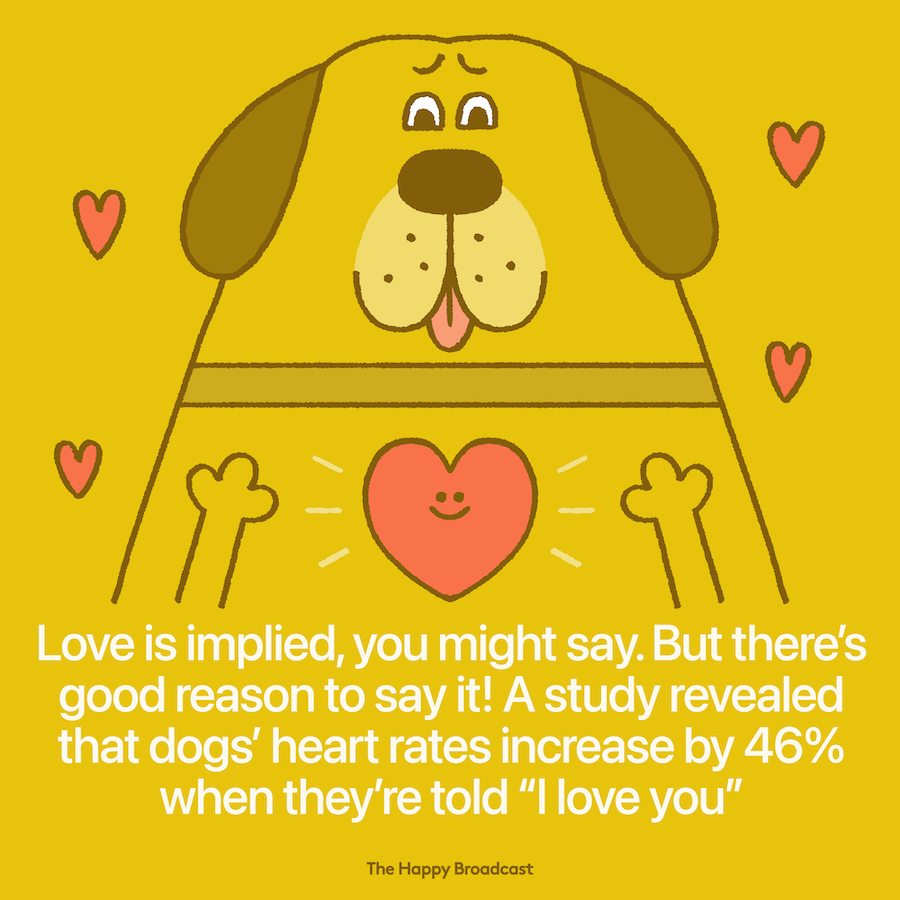 Embrace love. Say it, show it, mean it and celebrate the people (and animals) who’ve shown you that you too are loved.  In a small but telling piece of research, researchers in the United Kingdom equipped dogs with special collars that tracked their heart rates for 7 days and found the following:

When a dog’s human companion said, “I love you,” their pet’s heart rate shot up by 46 percent, from an average of 67 beats per minute to 98. The dogs were clearly excited by what they correctly perceived as expressions of affection.

When someone cuddled with their dog, the pet’s heart rate dropped by an average of 23 percent, going down to 52 beats per minute. The cuddling definitely relaxed the canine companions.

What held true for the dogs also held true for the people. When they first saw their pets after having been separated for a long time, their hearts literally went pitter patter, increasing in beats by an average of 10 percent per minute.