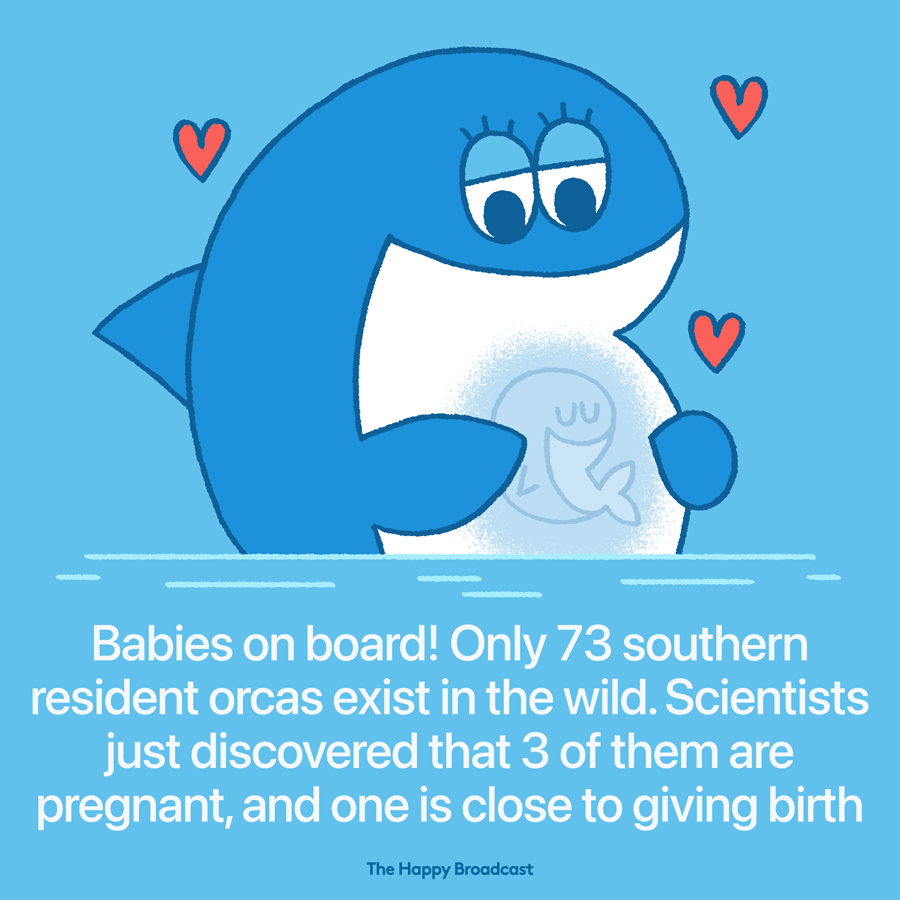 On a routine research trip, two marine biologists were struck by what they saw in the waters of the Pacific Northwest: three endangered orcas with bulges indicating that they are pregnant.

The discovery was delightful — there are only 73 southern resident killer whales in the wild, and time is running out to save the species from extinction. Orcas, also called killer whales, give birth to one baby at a time, every three to 10 years.

“Killer whales reproduce very slowly, so it’s hard to recover the population,” said John Durban, who made the discovery with his wife and research partner, Holly Fearnbach. “Deaths are outpacing births.”

The pregnancies raise hopes of turning the tide and slide toward extinction of an iconic species in the Northwest. The prospect of a small baby boom is critical, scientists say, because it could help bring the species back from the brink of extinction.

Still, he and Fearnbach remain cautiously optimistic, considering that killer whales have a high rate of miscarriage and infant mortality.