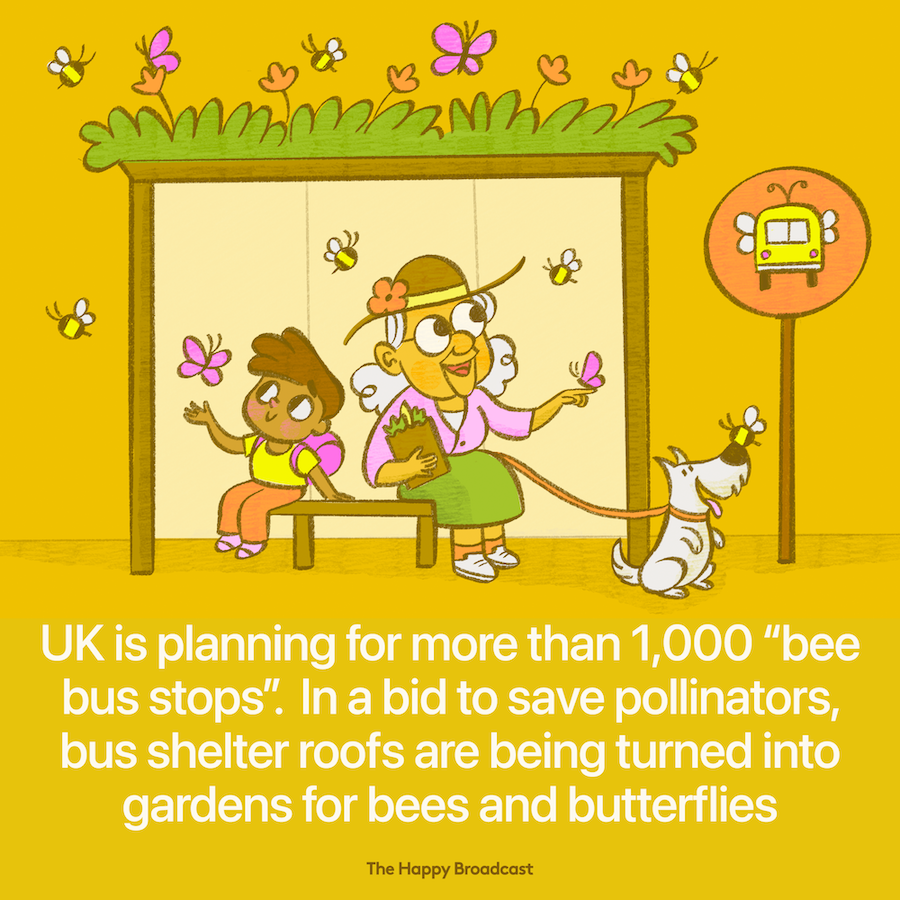 Bee bus stops first appeared in the Dutch city of Utrecht. Now the UK is planning for more than 1,000 and there is growing interest across Europe and in Canada and Australia.

Dutch cities have managed to stabilise urban bee populations in recent years, a study found last year, following decades of declines, and bee hotels and bee stops were among their solutions.

Humble bus shelter roofs are being turned into riots of colour, with the number of miniature gardens – full of pollinator-friendly flora such as wild strawberries, poppies and pansies – set to increase by 50% in the UK by the end of this year.

Clear Channel aims to create at least 1,000 bee bus stops in the UK, hopefully more. They are already established in the Netherlands, Denmark and Sweden, and the company is building them in France and Belgium later this year, with inquiries coming from as far afield as Canada and Australia.

Clear Channel is working with the Wildlife Trusts to maximise the benefit to wildlife. Native flowers such as kidney vetch, thyme, selfheal and wild marjoram have been chosen to attract a range of pollinators including common carder bees, buff-tailed bumblebees, peacock butterflies, small tortoiseshell butterflies and chequered hoverflies. As well as the wildlife benefits, the roofs also absorb rainwater, and make a small contribution to offsetting the urban heat island effect.