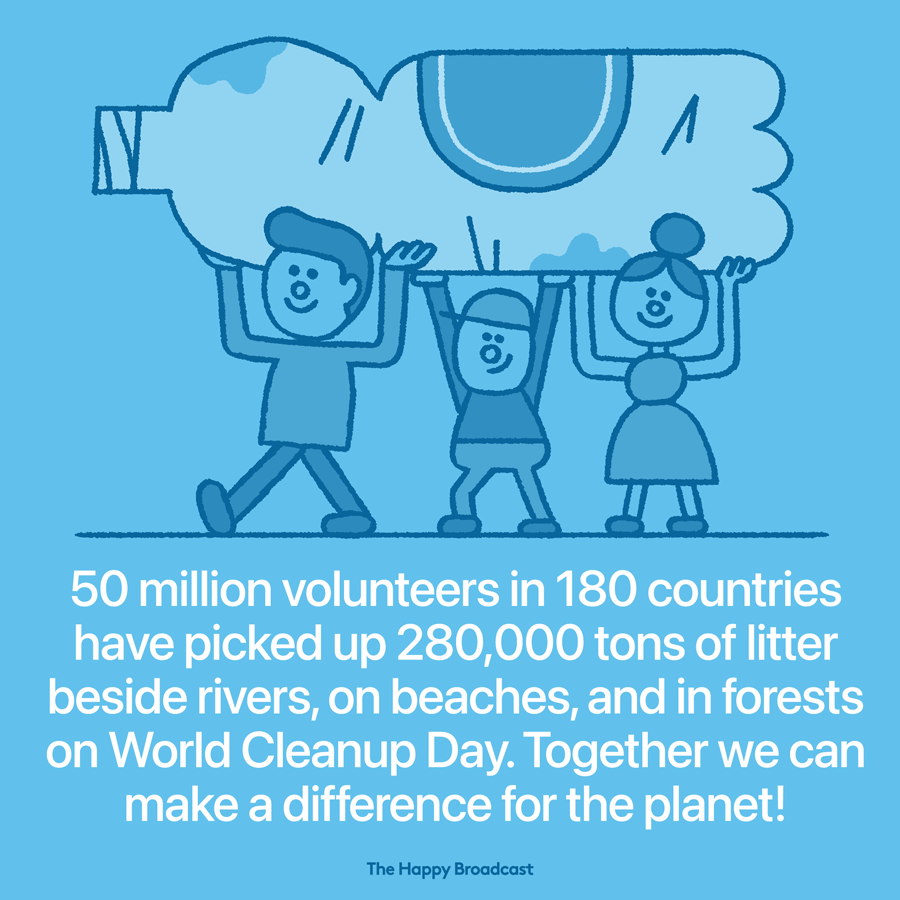 Around 50 million volunteers in 180 countries have picked up litter beside rivers, on beaches, and in forests on World Cleanup Day.

World Cleanup Day harnesses the power of people around the world to achieve incredible things by joining together. Its beauty lies in cooperation and collaboration: building bridges between disparate communities, and including all levels of society – from citizens to business, to government.

Each year eight million tons of plastic end up in the oceans, which are also where 70 percent of the world's oxygen is generated. So I think it's time we all get engaged to start the real action.

World Cleanup Day's website reveals which areas of Europe were most enthusiastic on Saturday: Germany came top of the list, holding more than 900 registered events, France more than 600, and Italy more than 500.

So let’s send out a HUGE thanks to these amazing humans. Because they wanted to be involved in making their home a better place. Because they were given an opportunity to help. Because they belong to a community.